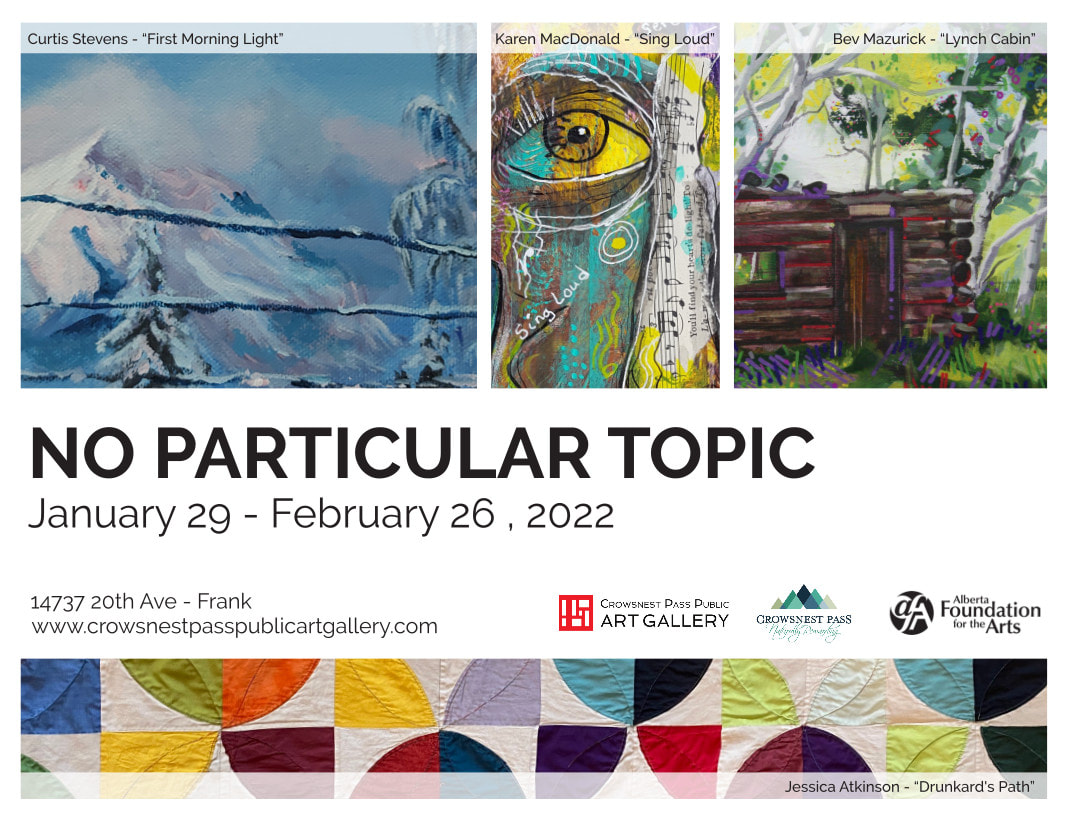 Annual, non-juried, open exhibition courtesy of local and area artists! Come and visit us this February to see new works form our local artists, and also some, from artists new to the gallery. We are excited to open on January 29th. 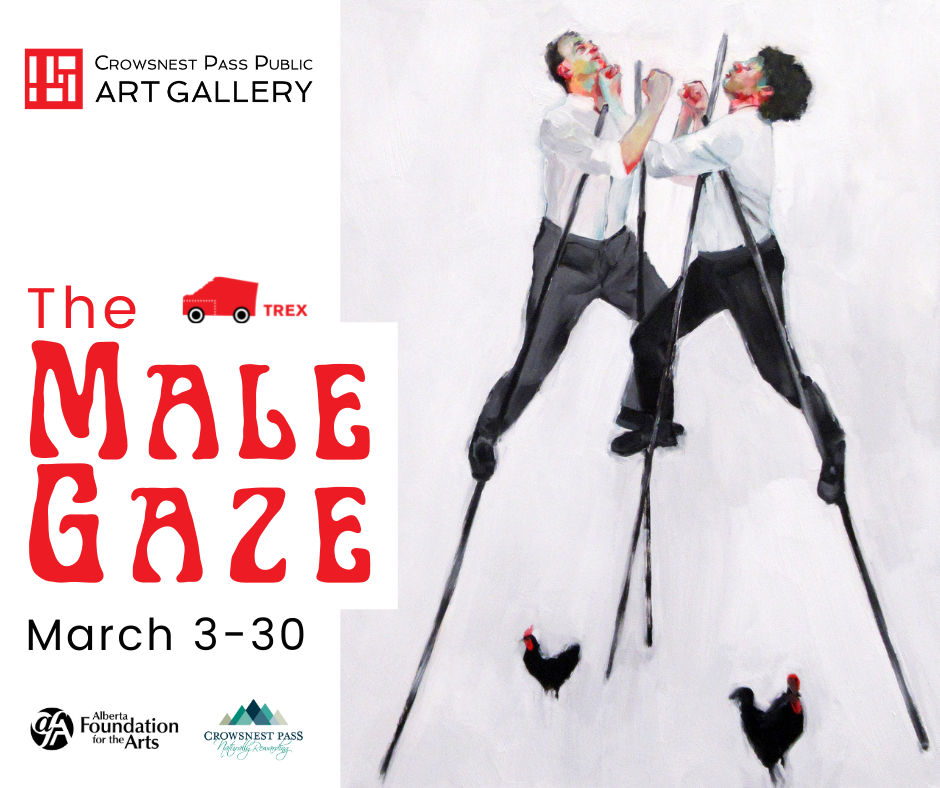 Boys and men hear such statements throughout their lives but what, exactly,  does it mean to be ‘a man’? In feminist theory the phrase ‘the male gaze’  refers to the act of depicting women in the visual arts and literature from a  masculine, heterosexual perspective that presents women as objects for the  pleasure of the male viewer. The travelling exhibition The Male Gaze  disrupts this performance by presenting the work of three male artists from  Edmonton  who investigate male subjects and concerns as themes in their  work; exploring concepts of gender and what it means or could mean to be  ‘a  man’.
Since the 1980s the history of masculinity and the nature of gender identity  have come under the microscope and been debated by psychology and  gender theorists in the western world. Such studies have given birth to the  concept of ‘toxic’ masculinity and a belief, in some circles, of a ‘crisis’ in  masculinity which has found voice in social and political clashes throughout  the world. The exhibition The Male Gaze addresses these conflicts and  through the art works presented invites viewers to consider and question the character and roles of men in society through both the lens of history and in the present day.
The exhibition The Male Gaze was curated by Shane Golby and organized by the Art Gallery of Alberta for the Alberta
Foundation for the Arts Travelling Exhibition Program. The AFA Travelling Exhibition program is supported by the Alberta Foundation for the Arts.

The artworks in this exhibit explore the theme: You Could be Quoting Shakespeare. Many of the popular phrases and sayings in common use today originated in Shakespeare’s plays and poetry. Our artworks address several of these in ways that will intrigue and delight the viewer. We believe they also provide incentive to learn more about Shakespeare, his writings and his influence on our language.
SPECTRA is a new group (2017) of Canadian women who have studied and are committed to the exploration and presentation of textiles as art. Each of us has her own unique style and textile interest which results in our varied approach to exhibition subjects. Our members are from Southern Alberta, including Calgary and surrounding area. We have produced two exhibitions to date. The first, Abstraction, toured venues in Calgary, Edmonton, High River, Canmore, and Millarville in 2018 / 2019. The second exhibition, You Could Be Quoting Shakespeare, has showings scheduled in Calgary and Crowsnest Pass. More information is available at spectratextilearts.com